This property is not currently available. It may be sold or temporarily removed from the market.

Barons Court is perfectly located for East to West connectivity, with its underground station on both the District and Piccadilly Line and the A4 main road offering excellent travel options in and out of the city. The area really is very well connected which is a factor that makes it incredibly appealing to those who commute; Green Park is just 15 minutes away by Tube.

The roads near the underground station are lined with independent shops including independent butcher H G Walter and women’s clothing boutique Antonia Fernandez of Barons Court.

The Queens Club is located on Palliser Road and is the site of several key tournaments in the world tennis series. Several roads back onto the Queen’s Club tennis courts meaning some lucky residents get good views of matches from their homes. 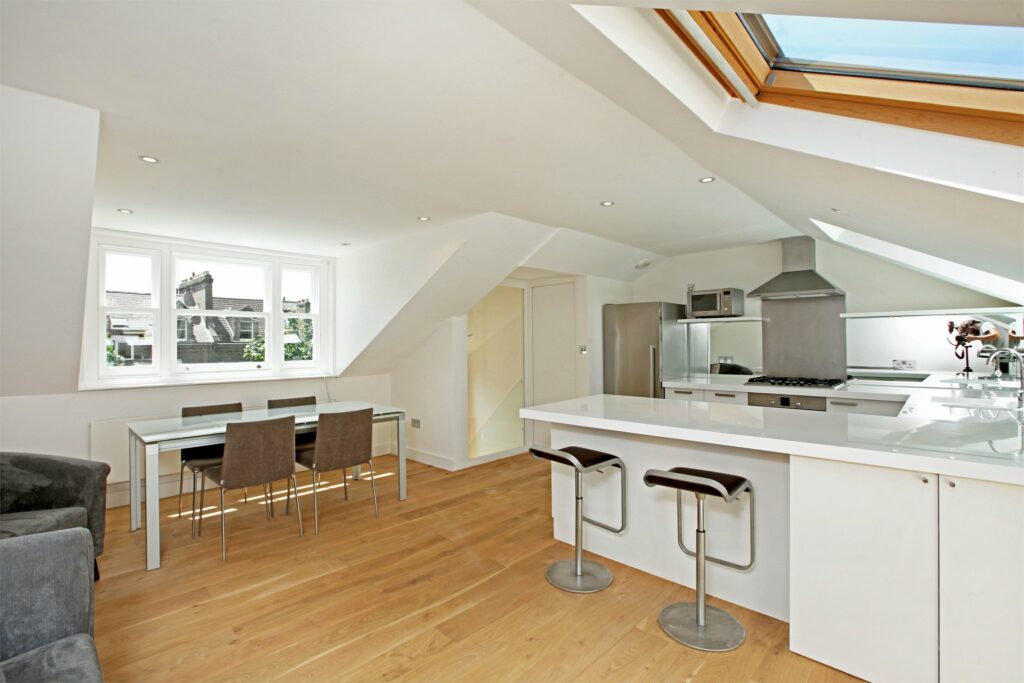