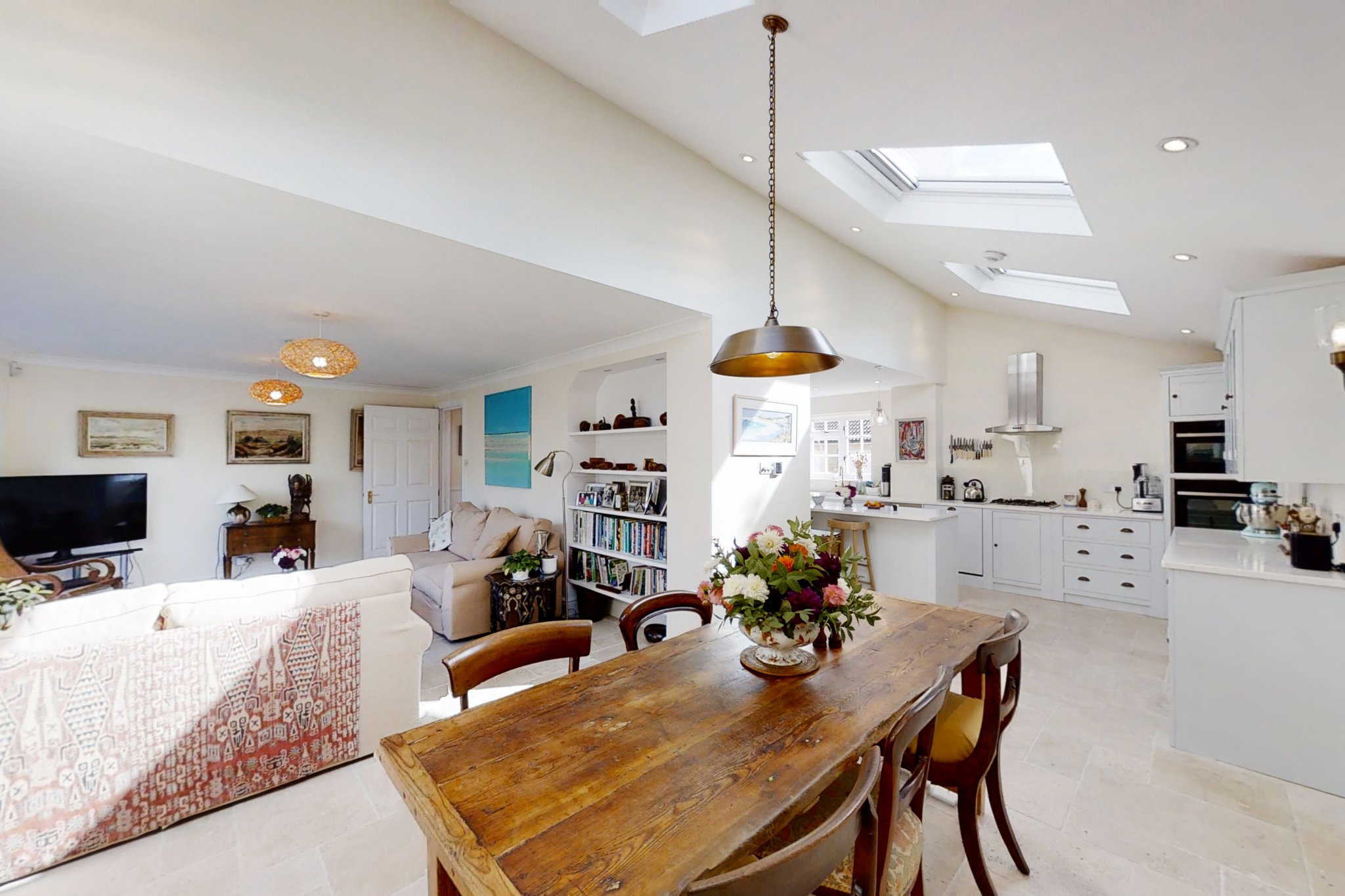 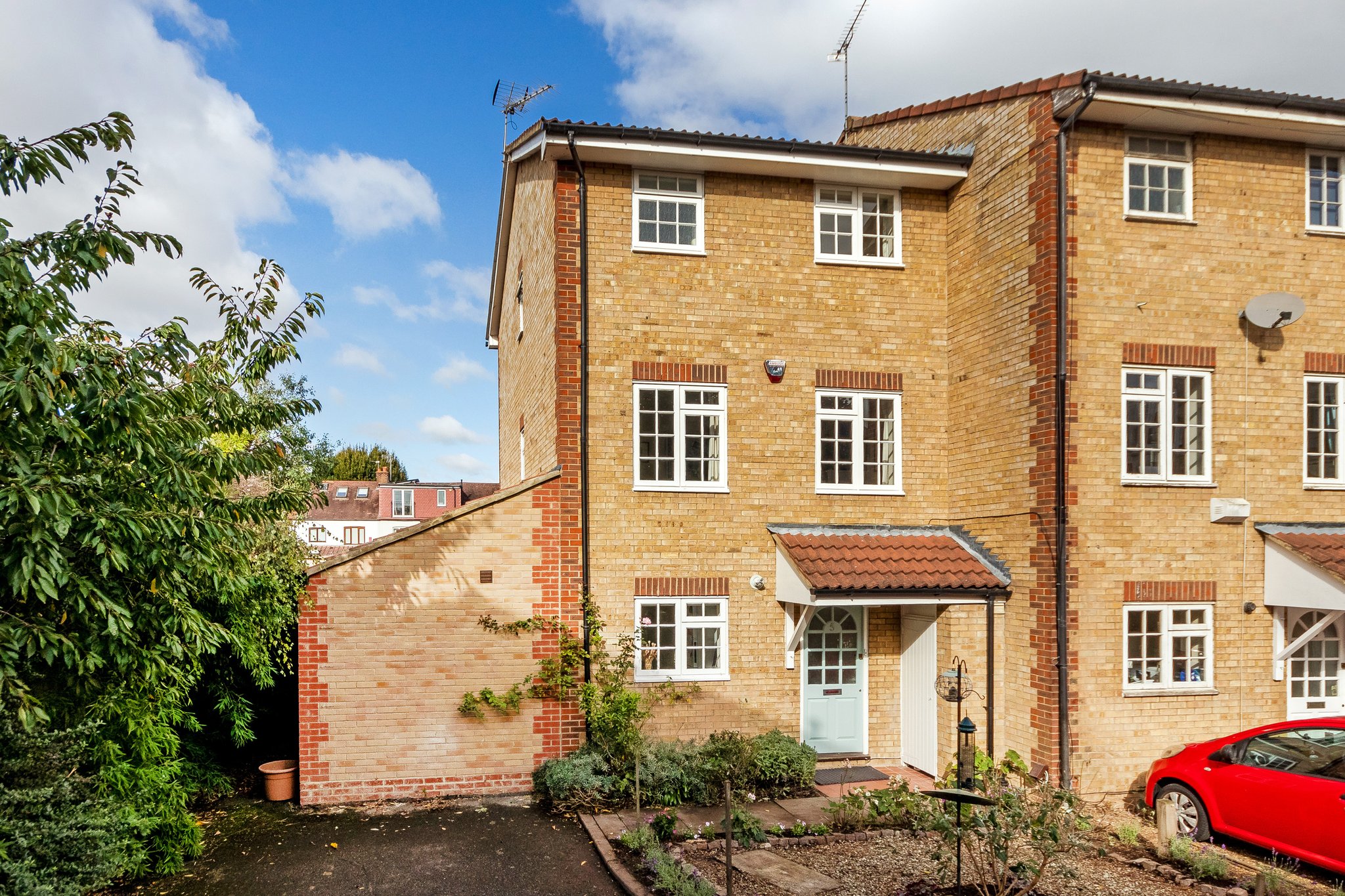 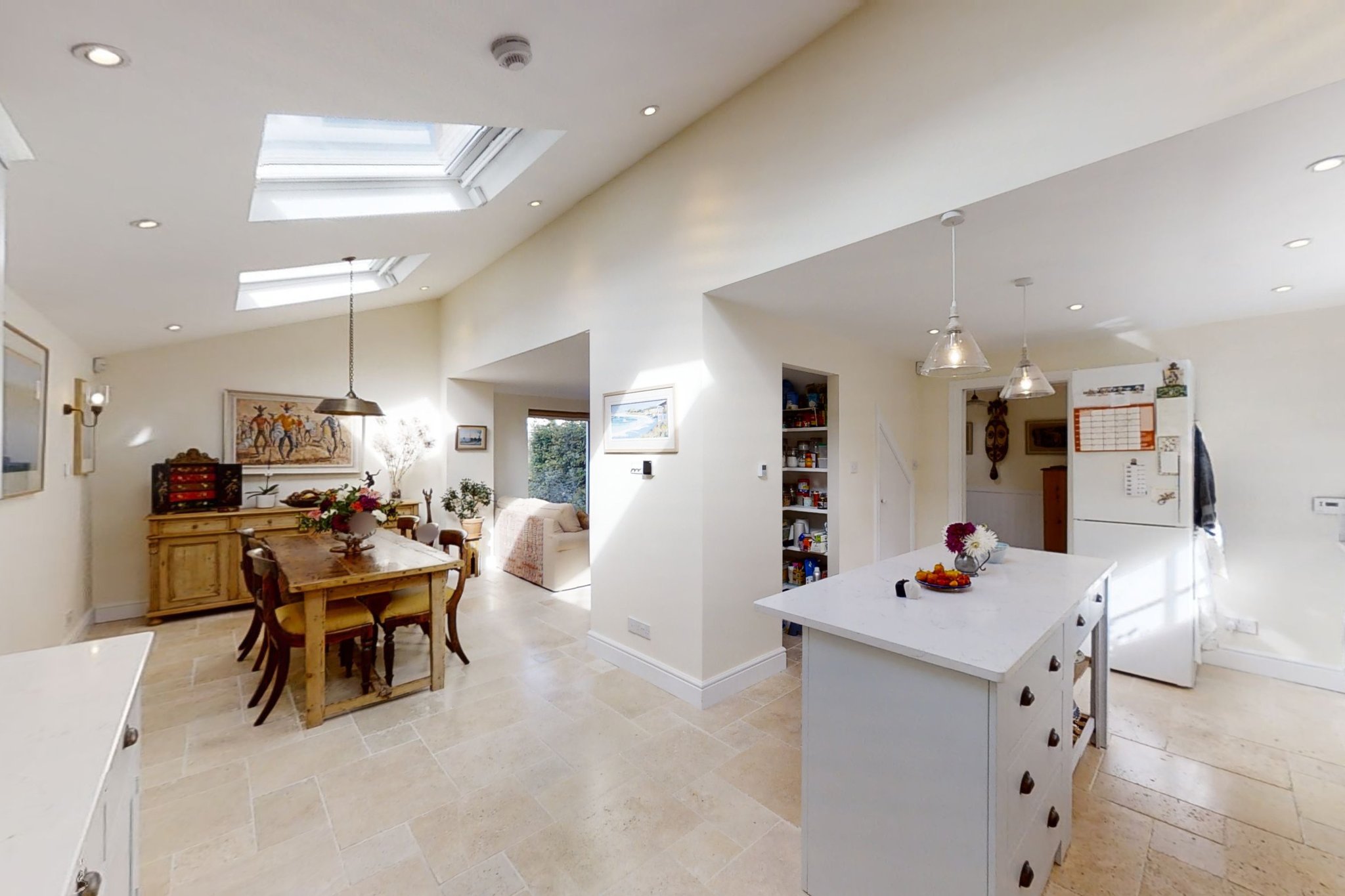 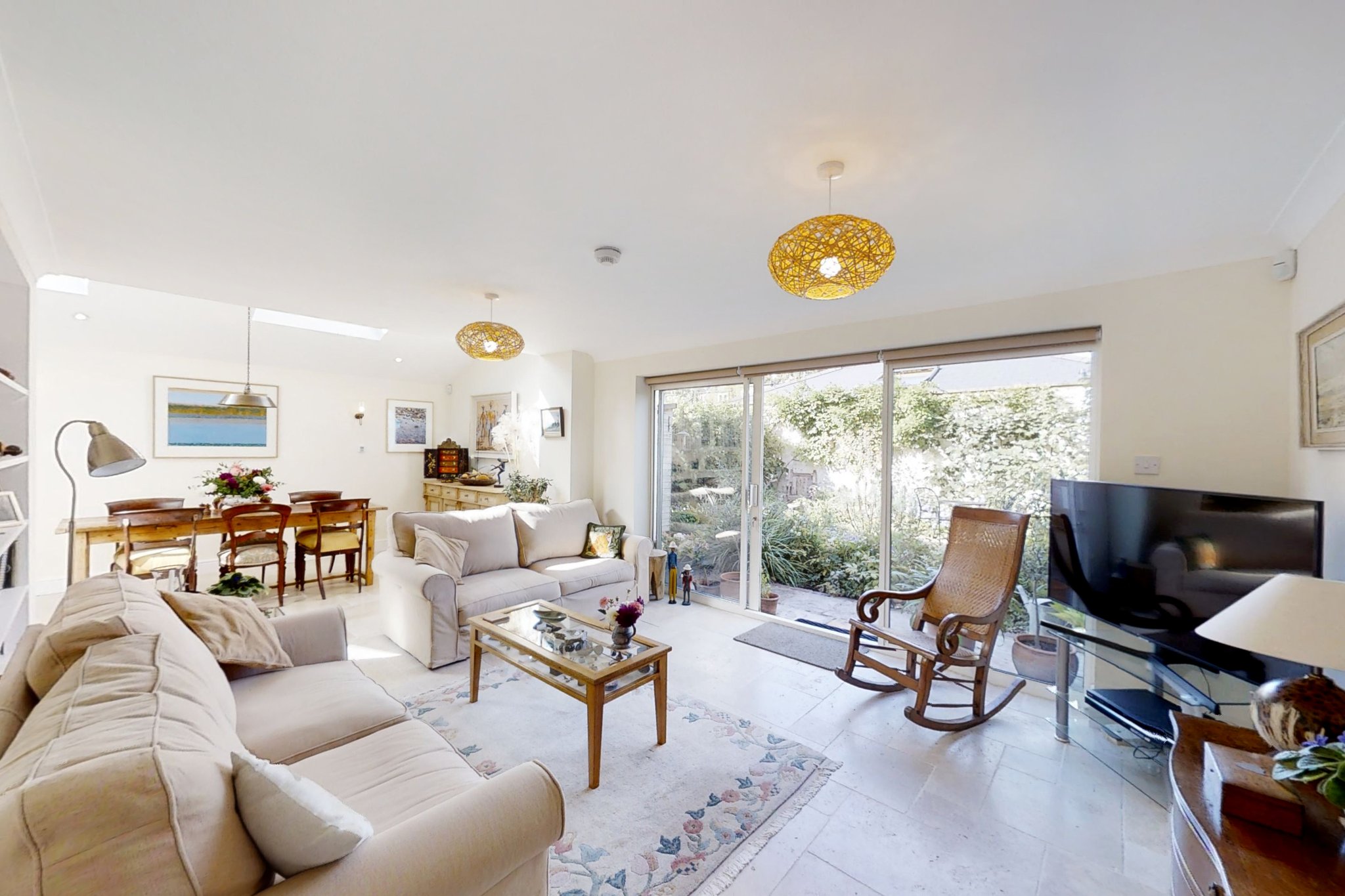 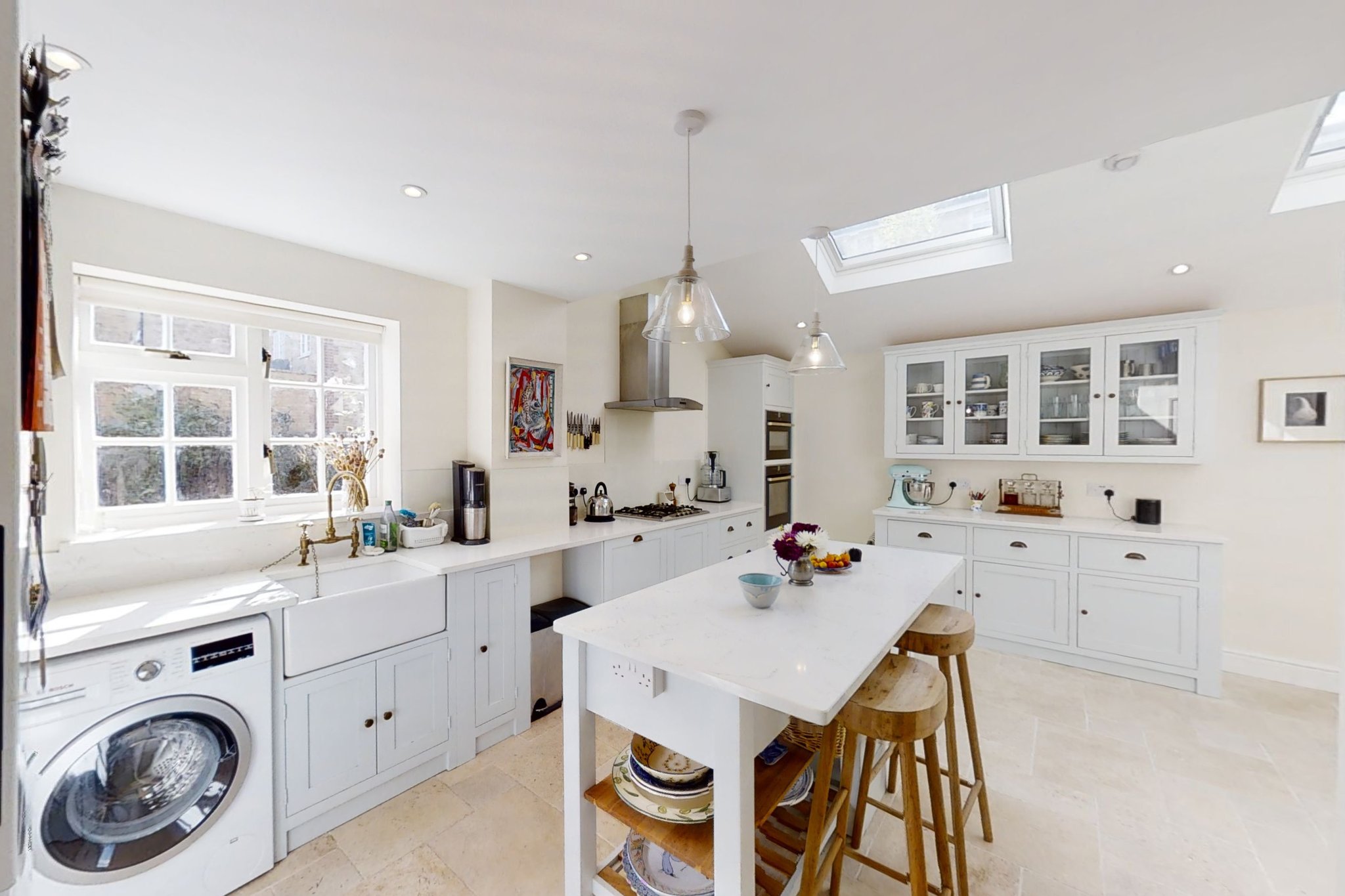 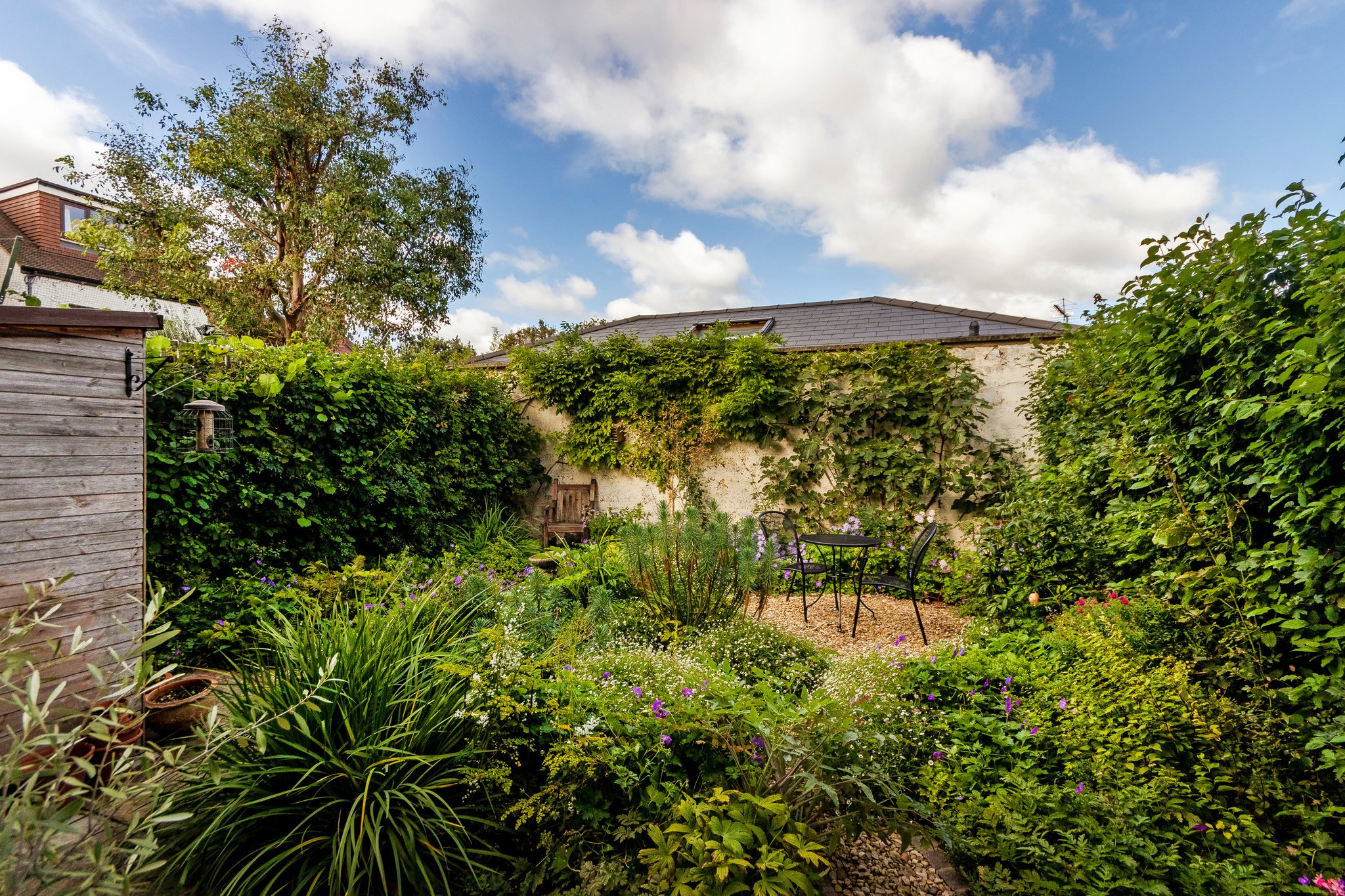 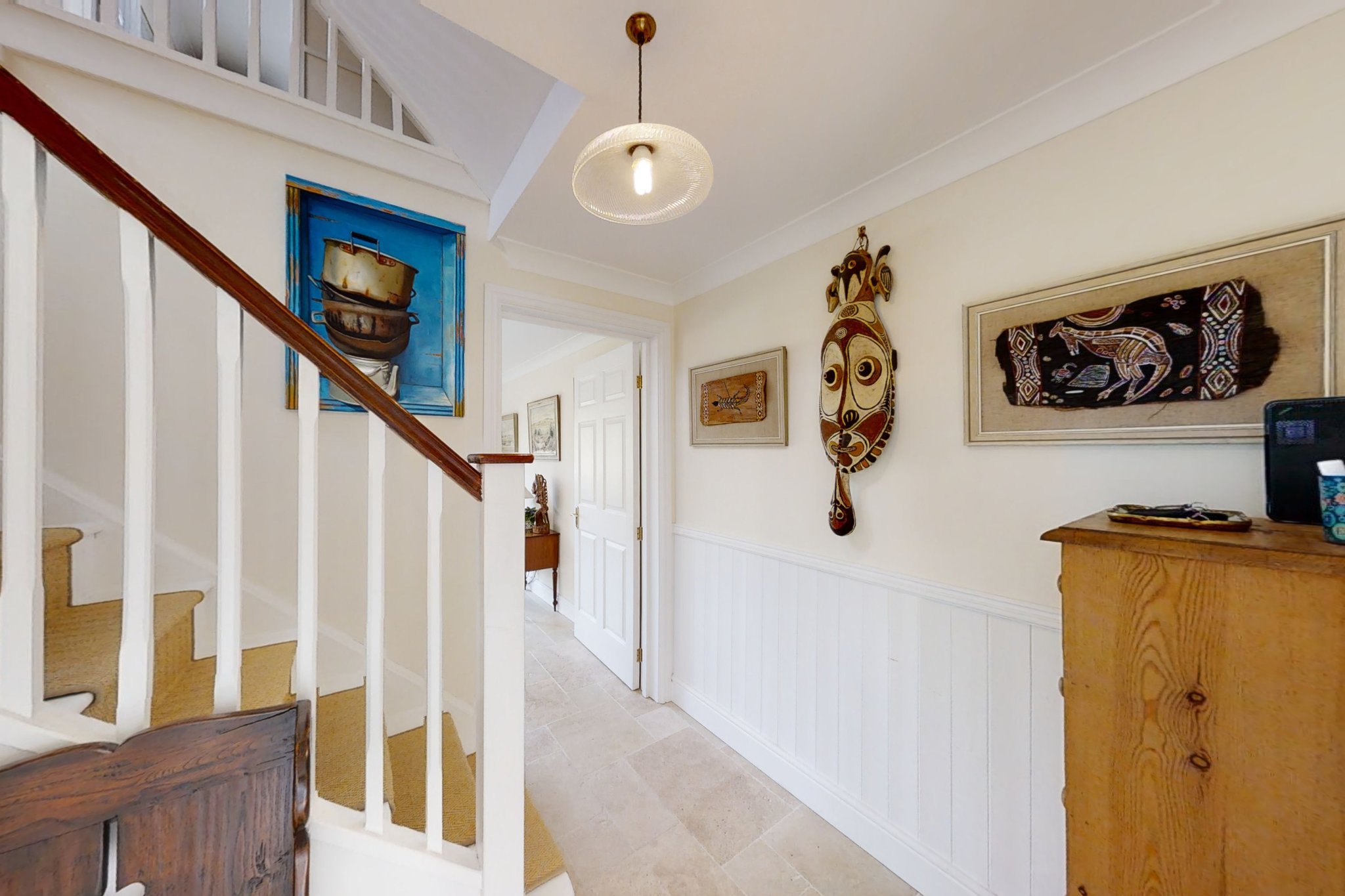 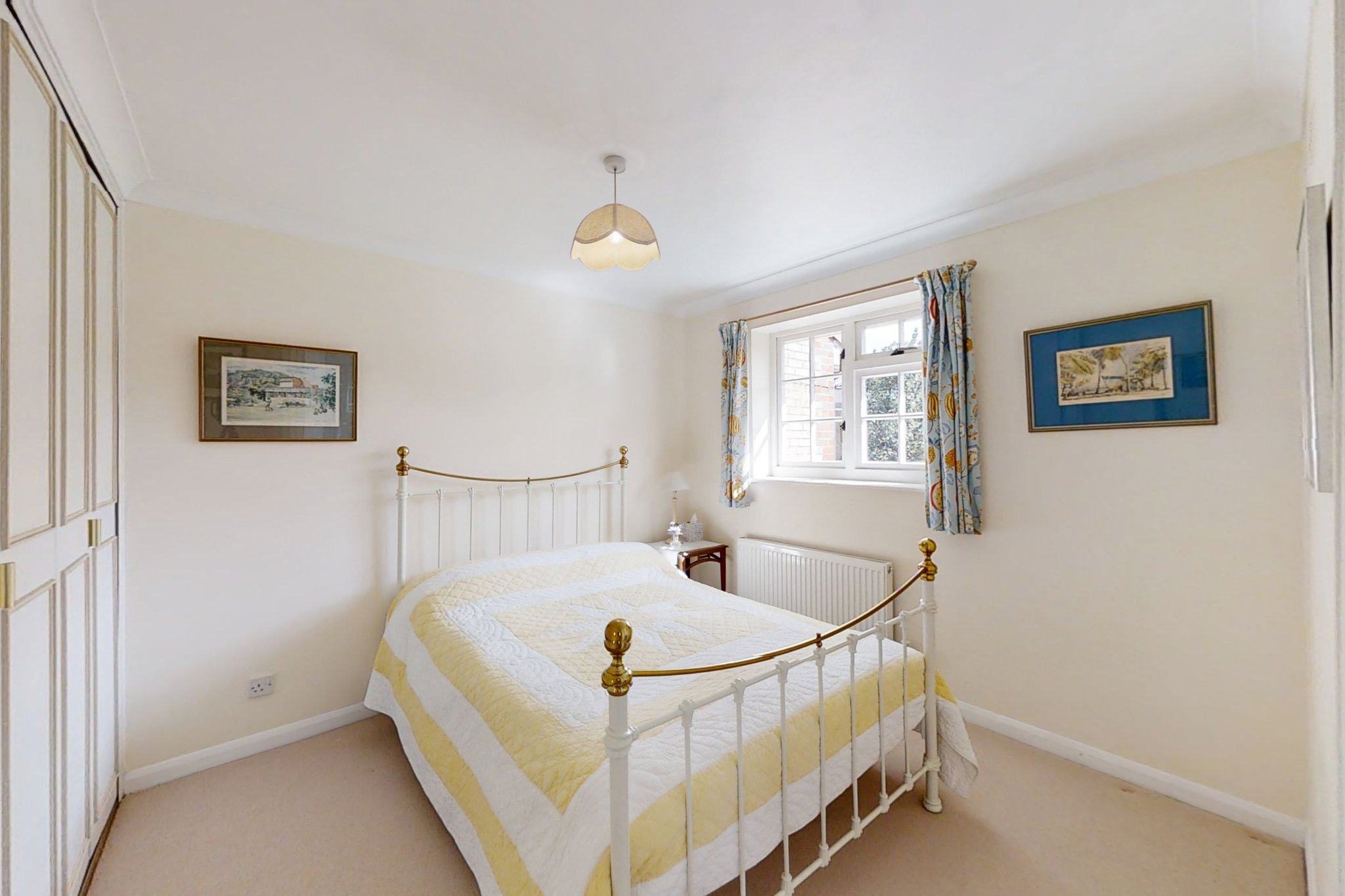 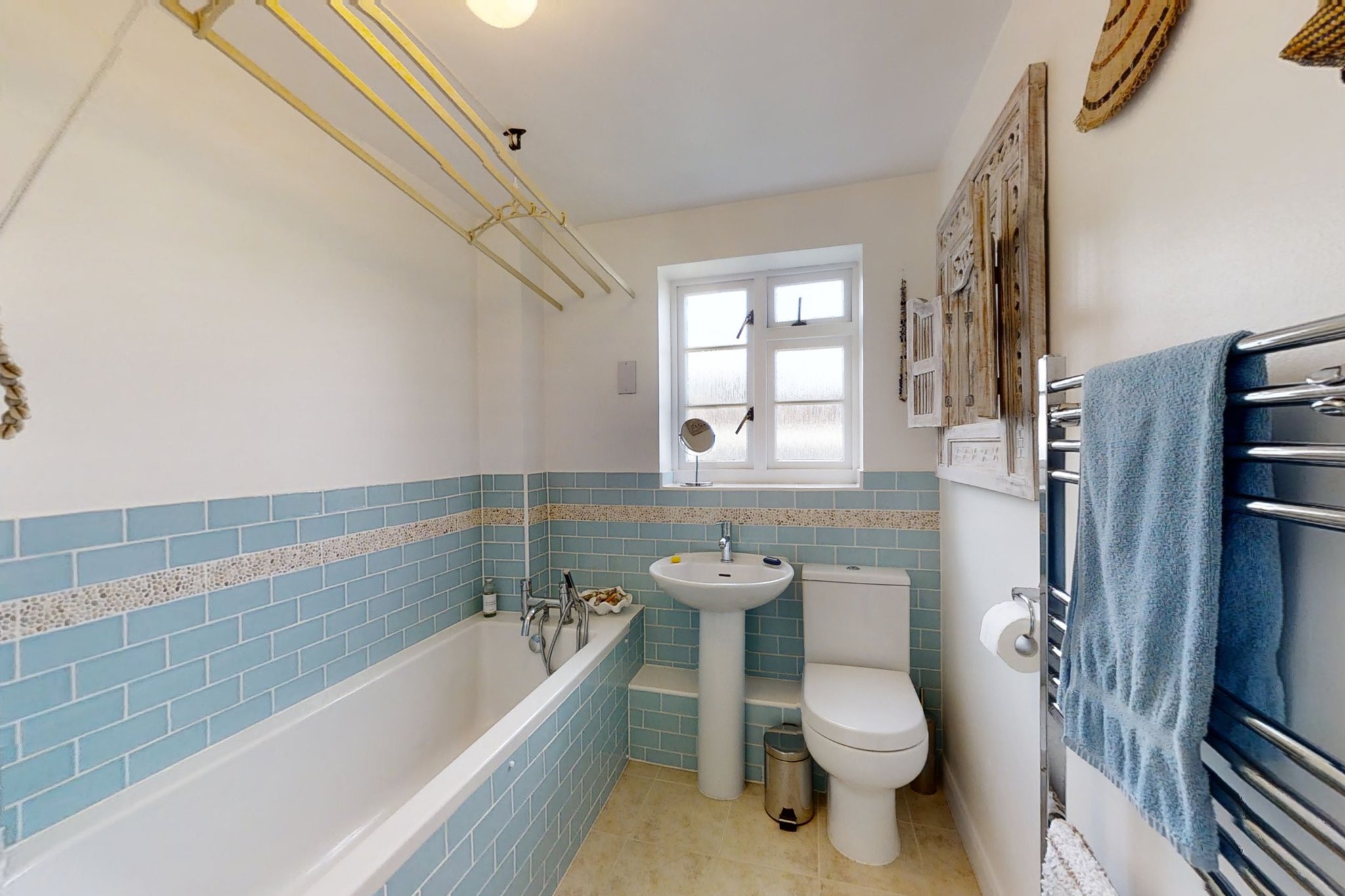 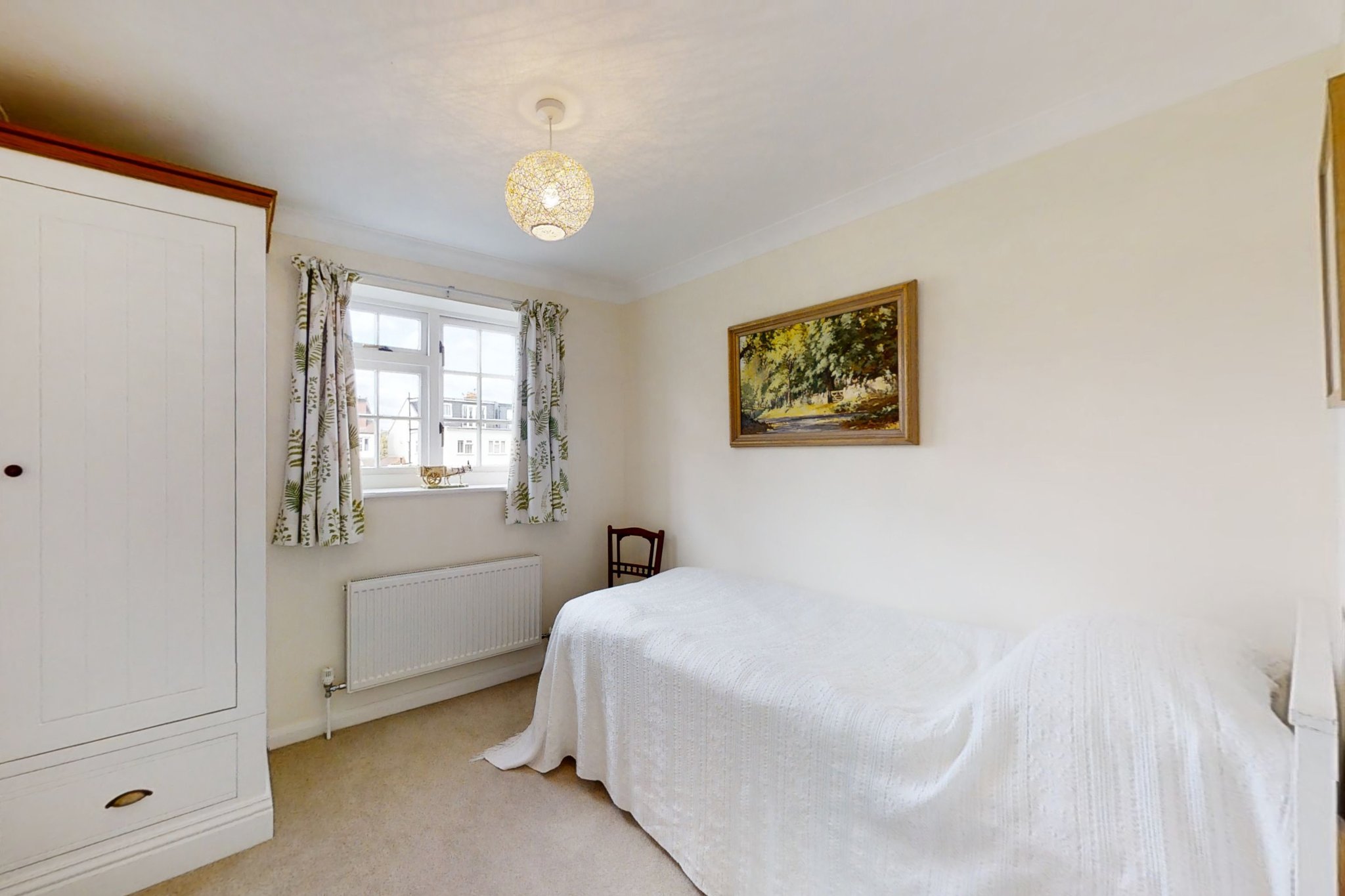 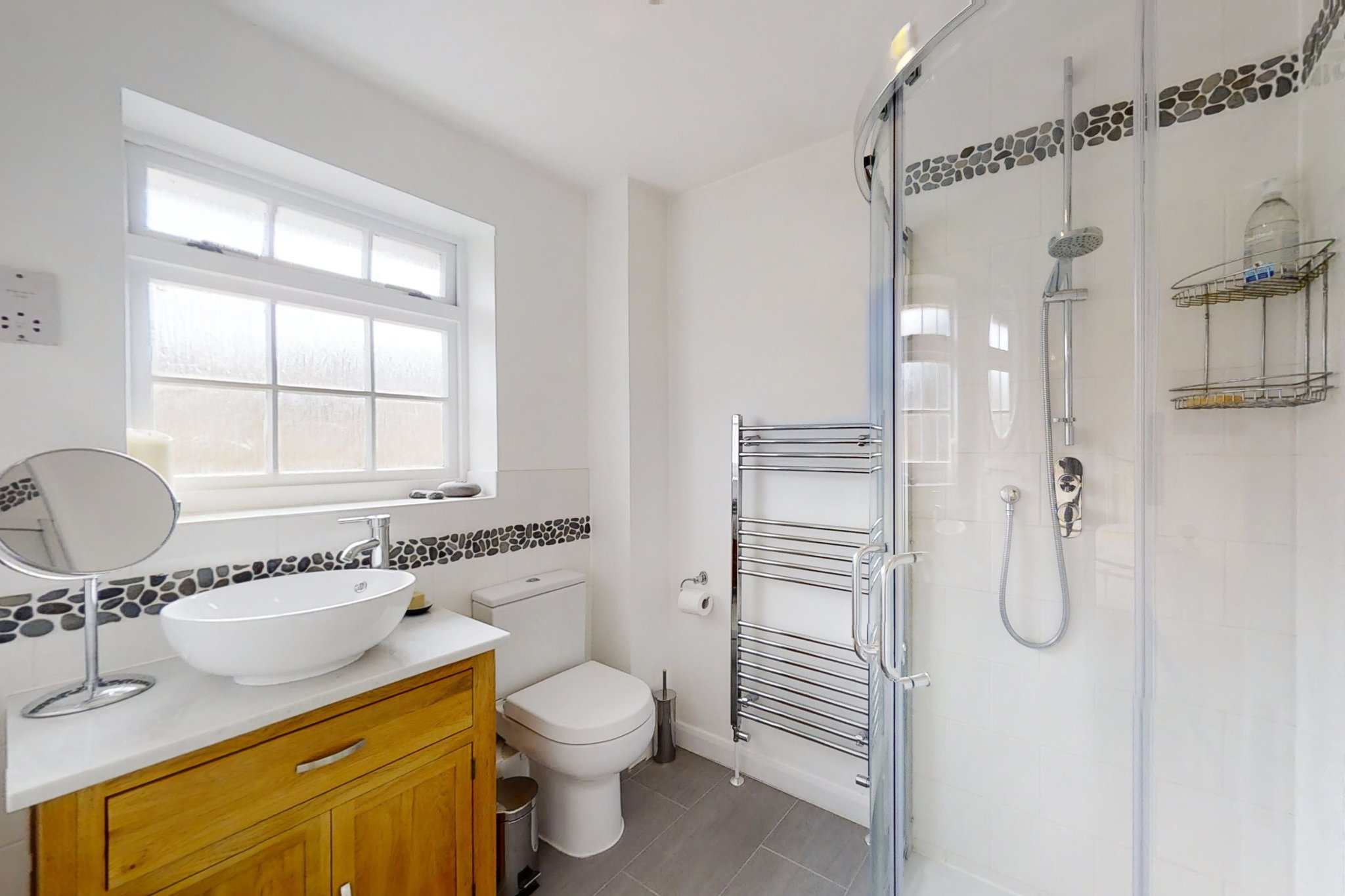 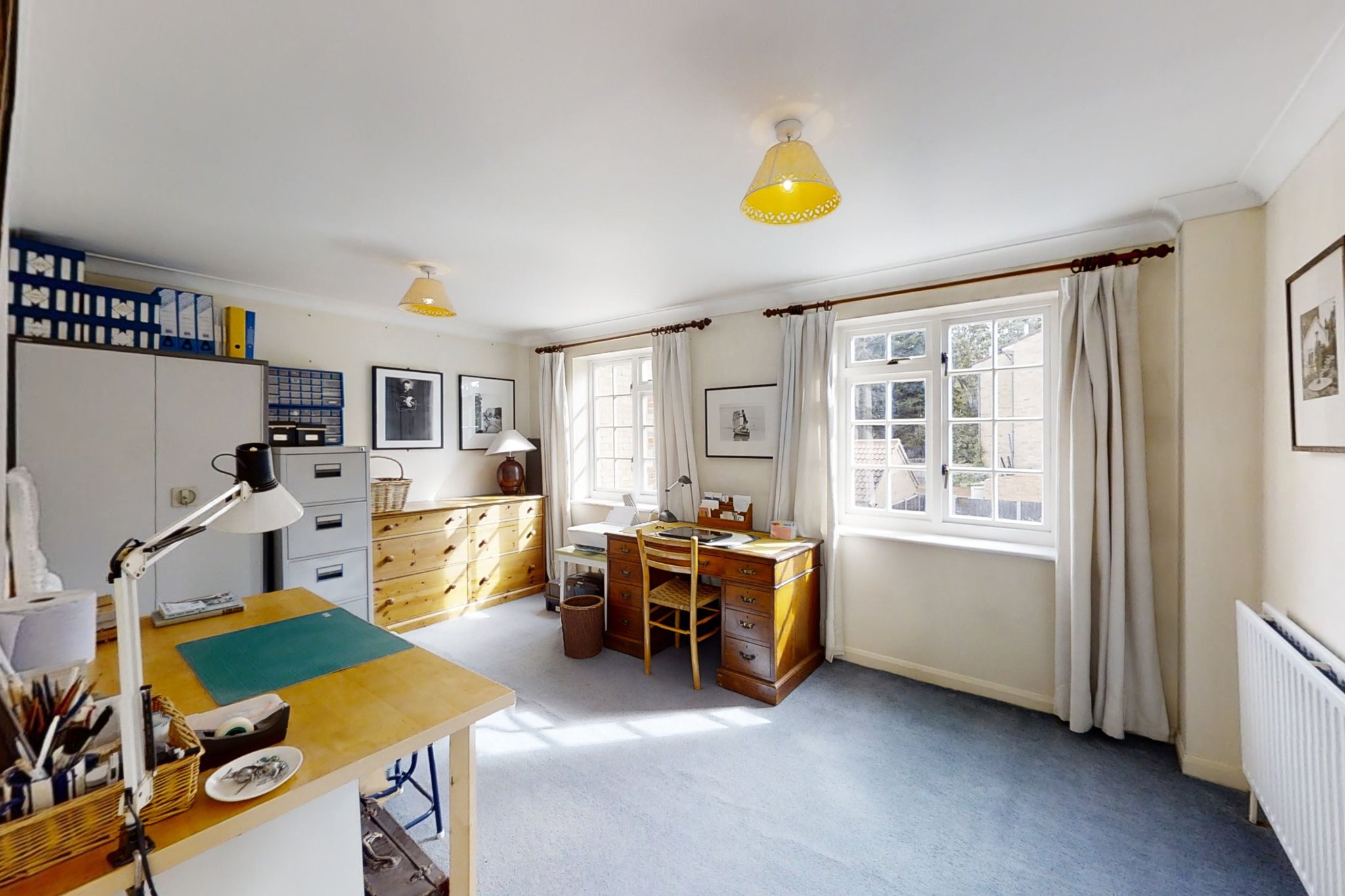 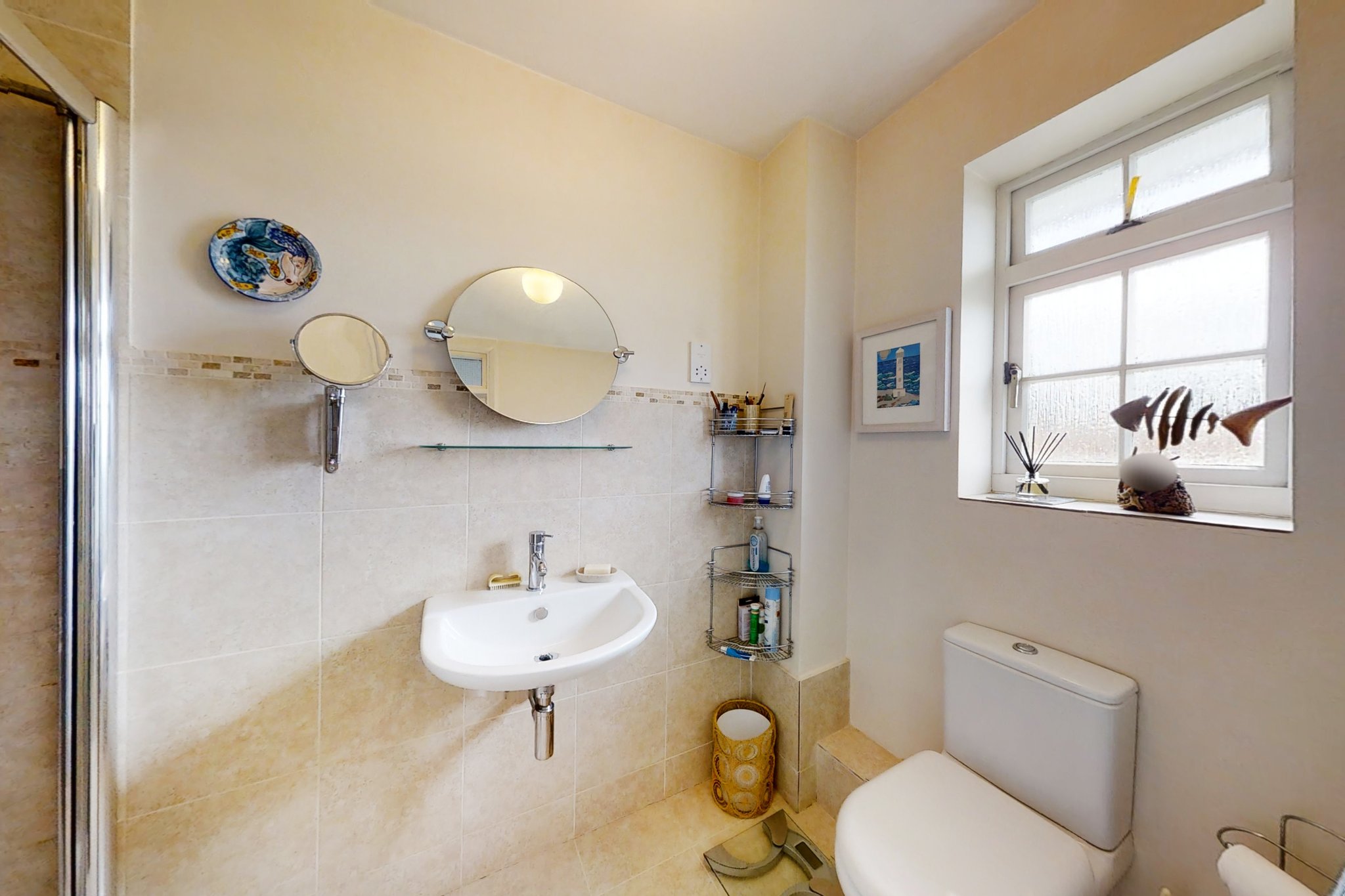 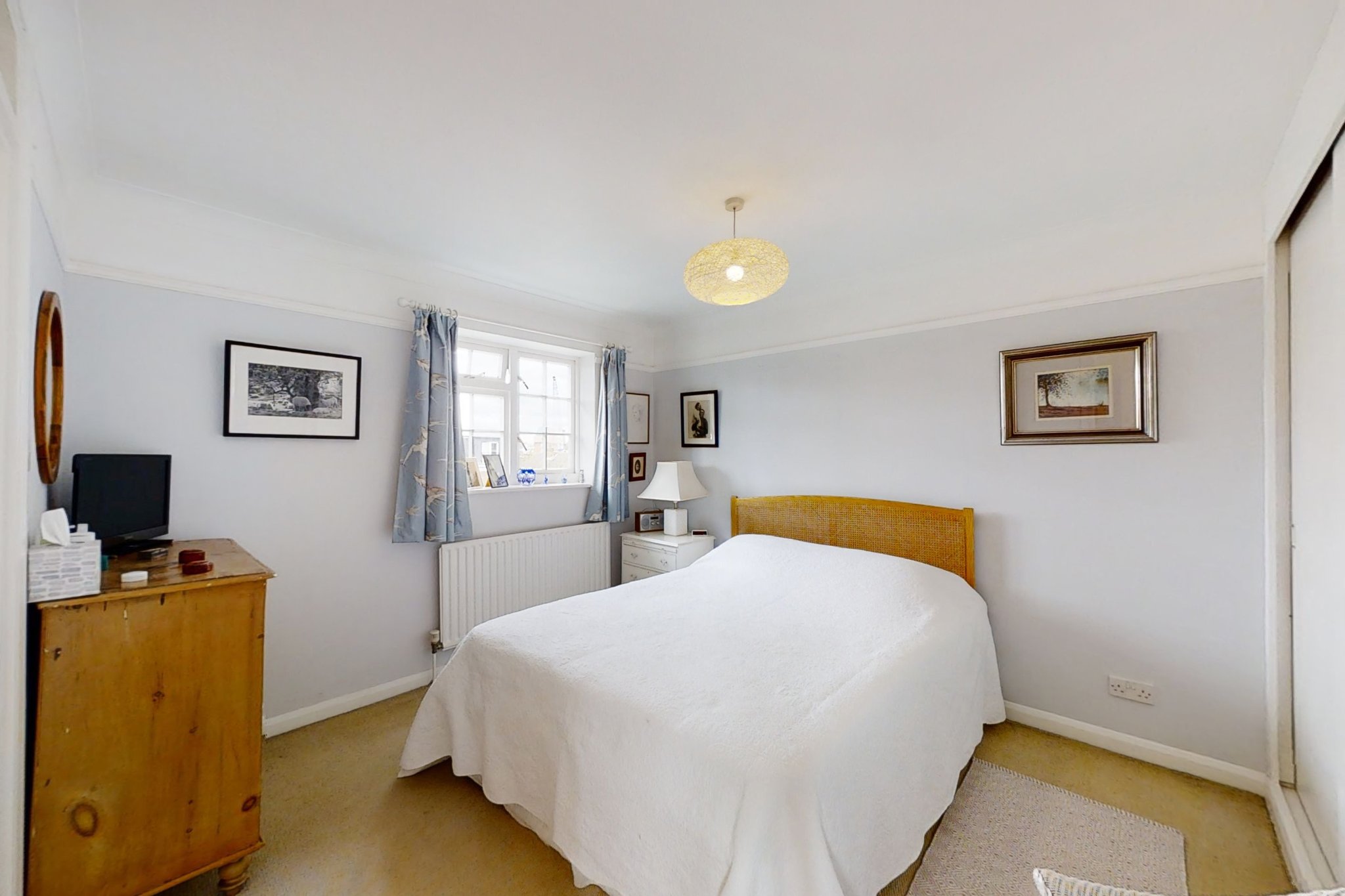 New to market, this incredibly light, bright, and spacious end of terrace, four-bedroom, freehold house, is located within Chiswick's Bedford Park Borders. The property is perfectly placed, within a quiet, tucked away cul-de-sac, occupying the end of terrace plot which allows the house to enjoy a large garden.

On the ground floor, the wrap around extension, creates an incredible living space, which is flooded with light. The kitchen is finished in a country shaker style, with several quality integrated appliances, including a double oven and microwave, four ring gas hob and a dishwasher. The kitchen revolves around an island which has a centre piece breakfast bar.

The kitchen flows seamlessly into the dining area, which offers ample space for a large six-seater dining room table and chairs. The reception room features built in shelving and is filled with light from floor to ceiling, with sliding doors opening onto a stunning west-facing garden, designed by award winning Alexandra Noble, has a beautiful selection of established plants and gravelled seating areas.

On the first floor there are two double bedrooms and a family bathroom. The room to the front of the property is currently used as an office but is considerable in size and would be a generous double bedroom. The modern bathroom has a bath and heated towel rail & the first-floor landing features a built-in library wall. There are two large double bedrooms on the top floor, both benefit from en-suite bathrooms and built-in storage.

There is a useful parade of shops just a few minutes’ walk from the front door on the corner of Southfield Road, which includes a bakery, beautician, dry cleaners, and convenience store.

For a wider selection of shops, Turnham Green Terrace is around 12 minutes’ away on foot, offering a range of independent, greengrocers, butchers, delis and great artisan coffee shops. Chiswick High Road is just a little further away and is known for having many independent stores alongside the larger brand names.

There are several highly regarded schools within walking distance of the house. State run, Southfield School is just moments away, with The Chiswick and Bedford Park Preparatory School’s and Orchard House, within a 15-minute walk of the property. Ark Priory Primary Academy was most recently rated Outstanding by Ofsted, is around half a mile away.

Turnham Green Station is just over 10 minutes’ walk away from the property with several bus routes nearby – the E3 which runs between Chiswick Mainline station and West Ealing. The 94-bus route which travels to Piccadilly Circus via Shepherd’s Bush and Notting Hill stops nearby on the Bath Road.

By road, Chiswick is an exceptionally convenient place to live, the A4 runs directly past for journeys into the West End or towards Heathrow Airport – traffic dependent both can be reached within half an hour. The M4 motorway is also nearby for connections to the wider motorway network. 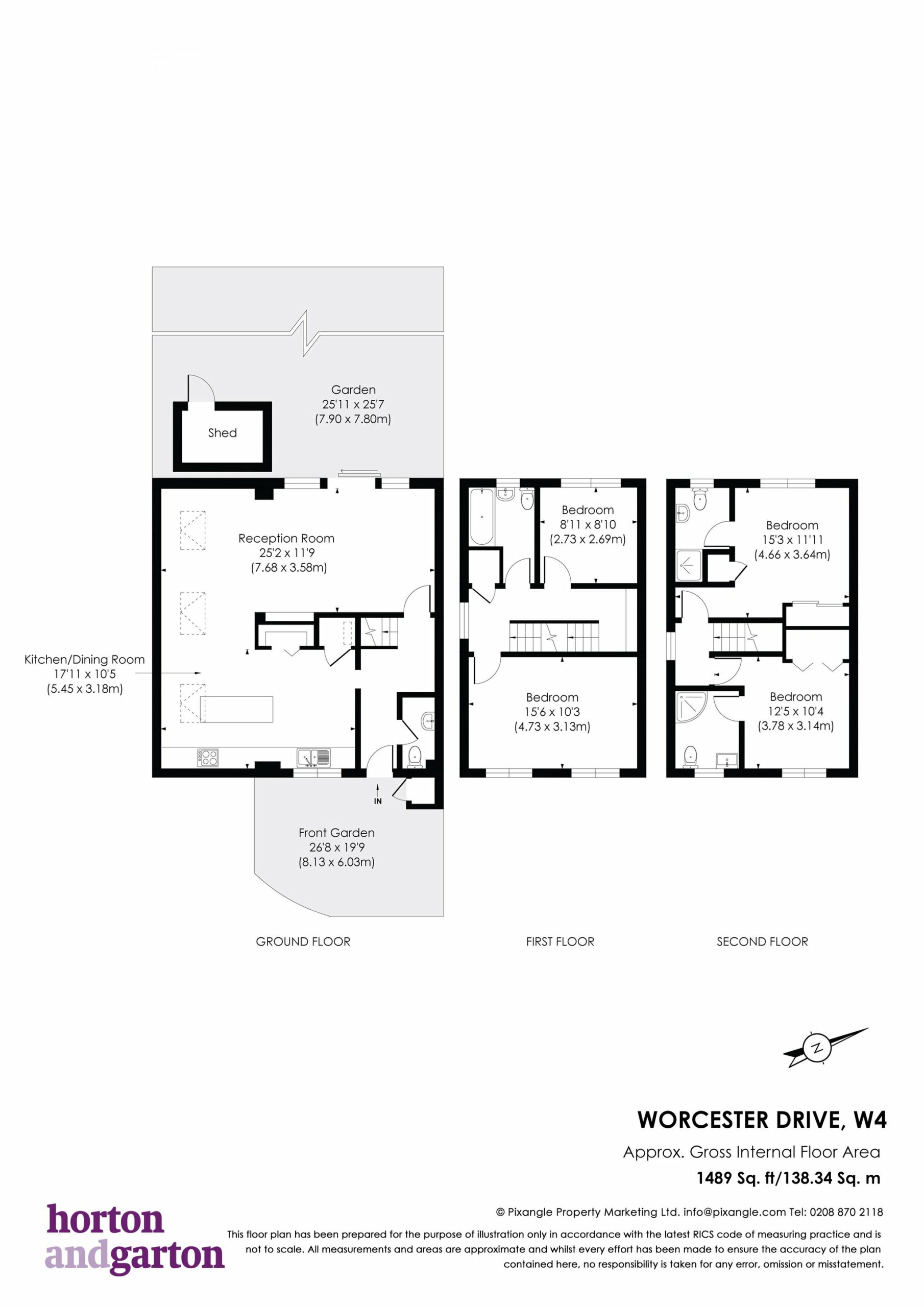 Call us Email us Download brochure
Sorry, we currently do not hold any information on this area. 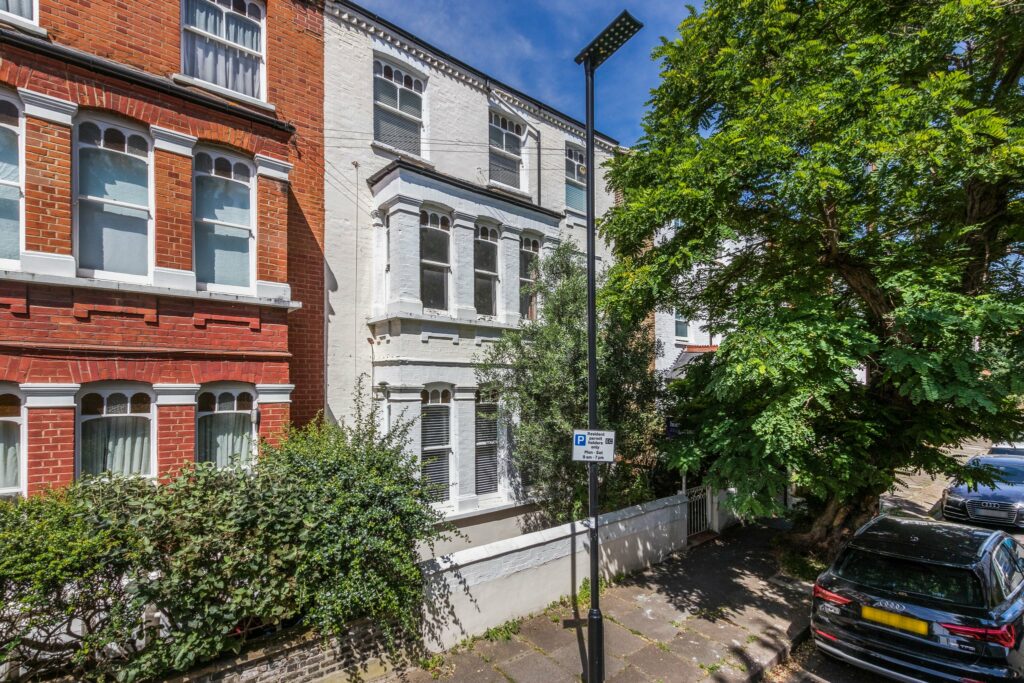