If you live in Chiswick, or have a keen interest in architecture, textiles or design it’s likely you’ll know of Bedford Park. Described as the world’s first garden suburb, its creation was a model that many planners sought to emulate in the Garden city movement and in suburban developments around the globe.

The leafiness, the peace and calm, the stunning period homes with generous gardens all just a stone’s throw from the bustle of Chiswick High Road – there’s a lot to love about Bedford Park.

In this blog, we share information about this wonderful part of Chiswick, snippets of its rich history and highlight some of the reasons for moving to the first garden suburb. 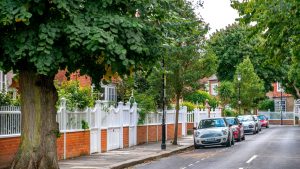 Where is Bedford Park?

Several roads to the west and north of the conservation area known as the Bedford Park borders such as Rusthall Avenue, Brookfield Road, Priory Road and others in the residential pocket between The Avenue, Southfield Road, Acton Lane and South Parade. 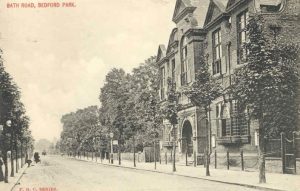 A cloth merchant called Jonathan Carr had the idea of creating a ‘garden suburb’ and inspired by the Aesthetic Movement of the 1870’s Carr wanted to create a suburb which appealed to the artistically inclined who could no longer afford to live in more central locations like Chelsea.

The opportunity to purchase a 24-acre parcel of land next to the then relatively new Turnham Green Station, which had only been built 6 years earlier came about when Carr married Agnes, the daughter of civil engineer Hamilton Fulton, who lived in Bedford House and owned the land. Carr purchased the land in 1875 and set about planning the estate.

The appeal of the location was that the City of London was just 30 minutes away via steam train and there were many fine trees on the land – in order to protect these mature trees the informal street plan was laid out around them.

The initial architect was Edward William Godwin but when his plans came under criticism Carr commissioned some designs by the firm Coe and Robinson. Eventually, Carr hired Richard Norman Shaw in 1877, the leading architect of his day who went on to design Albert Hall Mansions and New Scotland Yard, though the layout had already been set, it was Shaw’s Queen Anne style house design that determined the overall look and feel of Bedford Park. Living in the area was the height of fashion in the 1880s. 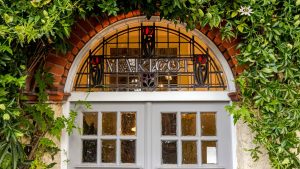 Though the area’s popularity dwindled through the 20th century, The Bedford Park Society was formed in 1963 after the demolition of The Bramptons by Acton Council and through their efforts, the government listed a total of 356 houses in 1967.  A few years later, the local councils designated the conservation area protecting the garden suburb from change and maintaining its charm and character.

The style and design vary depending on which road, in the southern part of Bedford Park on there are largely terraced homes such as those on Gainsborough Road. Many fine examples of detached homes can be found on Woodstock Road and on Queen Anne’s Gardens. 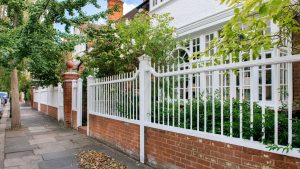 Bedford Park is known through history to have been a place where several notable artists, curators, actors and designers have lived such as curator Sir Sydney Carlyle Cockerell, actor William Terriss, stained glass artist Karl Parsons and artist Cecil Aldin.

Though the homes in Bedford Park largely carry Shaw’s distinctive design and style there are notable houses which are different yet represent an important part of the area’s history. Houses designed by Charles Francis Annesley Voysey such as 14 South Parade and others designed by Lindsay P. Butterfield; Maricot and the neighbouring house on Vanbrugh Road, are later additions to Bedford Park that further add to the character of the area. 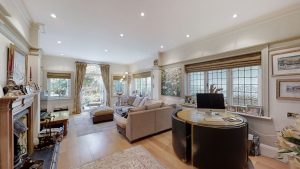 Maricot , a stunning 6 bedroom detached house on Vanbrugh Road and built for Lindsay P Butterfield in 1906, is incredibly special due to the influences on the design and layout. Where many of the properties in Bedford Park have very separate spaces and rooms running off of corridors, the Arts & Crafts movement embraced openness where rooms had multiple aspects and were filled with light.

Having only had three owners since it was built Maricot has maintained much of its original charm and retains beautiful historical features, if you’d like to learn more about Maricot please do contact us.

Amongst the many reasons this area is so incredibly popular is because of its proximity to Chiswick’s amenities. Top independent schools including Orchard House School and The Chiswick & Bedford Park Preparatory School are within its boundaries and known for its exemplary schooling options there are many state-run schools in Chiswick within walking distance of the area.

The parades of shops and cafes nearest to Bedford Park include those at Bedford Corner and at Turnham Green. Turnham Green Terrace is filled with boutiques, cafes and useful stores such as Macken Brothers butchers, Bayley & Sage delicatessen and both Natoora and Lemon & Limes greengrocers. The many delights found on Chiswick High Road are less than 10 minutes’ walk from most homes in Bedford Park.

For transport it’s an incredibly well-connected location; Turnham Green Underground Station is just minutes away, several bus routes run nearby such as the 94 which travels to Piccadilly Circus via Shepherd’s Bush and Notting Hill. By car, the A4 and M4 motorway is only a short distance away and Heathrow Airport is around 20-30 minutes’ drive from the area.

Above all, from its inception to today it is the community that is at the heart of Bedford Park. The neighbours are friendly, it’s a village of sorts, one people are loathed to ever leave. Whilst there are many events run locally year-round the highlight of the calendar is the annual Bedford Park Festival.

Finding a home in Bedford Park

Moving to this beautiful part of West London you’re buying a slice of history, homeowners are naturally proud of the area’s heritage and committed to its upkeep – if you’re planning a move to Chiswick a wander around Bedford Park is likely to leave you desperate to find a home in the sought after area. 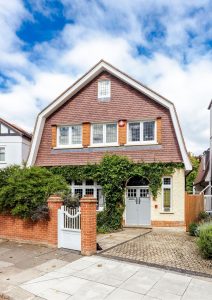 Here’s where you might come unstuck – homes in Bedford Park rarely become available to buy. Those who move here place down roots for the long haul. Should a resident choose to leave there can be fierce competition to secure a home.

If you’re planning on selling Bedford Park property we’d be delighted to assist. With our intricate knowledge of each of the roads, appreciation of local history and admiration of the beautiful homes, you can be sure your property sale is in the very best hands.

Contact Paul Cooney regarding selling your property in Chiswick. 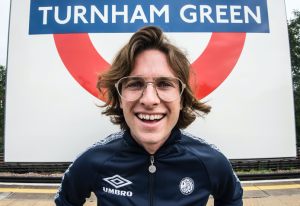